IS KHABIB REALLY THE GOAT?

Is Khabib really the goat? The UFC hosted another magnificent event last night Saturday. Fights fans across the world were entertained with an amazing card. Robert Whitaker has shown that he is the ultimate middleweight contender to the throne held by Israel Adesanya, after his win over Cannonier.

Putting that aside, the main event people wanted to see, Khabib Nurmagedov vs Justin Gaethje. Was more than a spectacle. Pundits and the many fans across the peanut gallery all made analyses on who was going to win. People talked about Justin’s takedown defence, his wrestling record and how his strikes carried deadly intentions. The records of both fighters were brought to scrutiny. Khabib spoke about how he would try take down after takedowns, to establish his known ground and pound dominance.

There were talks about Justin’s right hand and how Khabib would get knocked out. Most conclusions came down to a prediction that this was going to be a close fight. The likes of Chael Sonnen spoke about how fun speculation before a fight is. One thing that he got right in his prediction is that the fight was not going to close. He mentioned it would be a one-sided affair.

Now the first round could be scored equal, but Khabib dominated with a last-minute takedown. And when the bell rang to end the round, he seemed to have had Justin in a potential transition to an armbar. Justin’s kicks seemed to be effective in slowing some of Khabib’s momentum.

During the first round, however, Justin seemed less relaxed, something his corner told him to do, “calm down”. Nonetheless, as the world was to find out, the second round whether Justin managed to calm down or not was for Khabib to win. Khabib launched again for a takedown and positioning himself on top by locking Justin’s legs. Doing what he usually does, there was no ground and pound but as Justin motioned for defence and seemed to have gone on top. Khabib went for the choke, a triangular choke. Choking out Justin who seemed to be tapping but the referee did not notice until he passed out.

ALSO ON DEADLYDUELS.COM | KHABIB VS GAETHJE: WHAT IS PREDICTED? 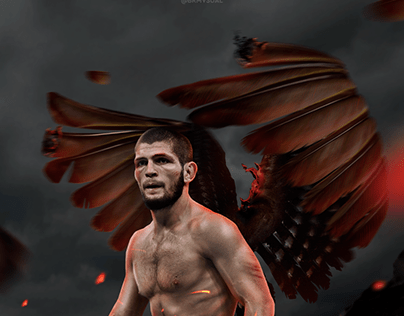 Saturday fully establishes whether the likes of Jon Jones or any other critic of Khabib disagrees, that the 29-0 fighter is the GOAT of the MMA world. He came with adjustments to his game and executed it to near perfection. With the deep psychological loss of his father who died due to contracting coronavirus, Khabib went into this bout with all bravery. He defended it with ease and showed the world what a world class athlete he is. And announced his retirement from the fight game, like a true champion.