Grasping the sparrow’s tail: taiji quan’s secret of attack and defence. Peng, Lu, Ji and An are the components of Grasping Sparrow’s Tail. The name of the move coming from Yang Style. However, Peng, Lu, Ji and An is central to Taiji Quan. Regardless of the style an exponent practices. Some exponents of Taiji Quan focus on the physical movements as they are done, but not the underlying principles behind each movement of Peng, Lu, Ji and An.

ALSO ON DEADLYDUELS.COM | “Secrets of Taiji Quan”: What is Peng 掤? 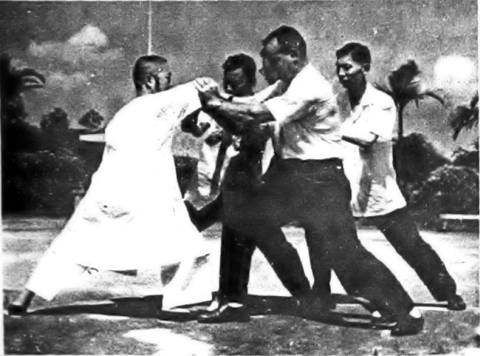 From a self-defence or martial art concept. Grasping a sparrow’s tail condenses the essential points of offence and defence.

Using the movements of Yang Style as is found in Grasping a sparrow’s tail. The ward off movement represents the floating, rising and expansion aspect of Peng or Peng Jin, this is represented by the right hand. As it physically manifests these attributes. The left hand slightly spiral out deflecting outwards and ends with the left palm facing the right hand’s palm. This occurs because of the footwork as the tension is relaxed downwards on the left leg (which carries all or most of the weight) the left-hand spirals out slightly while it still in the same position and the right hand rises.

With both palms facing each other. The right foot’s heel is gently touching the ground before the whole foot is placed on the ground and the hands follow to complete the ward off (peng) part of Grasping a Sparrow’s tail.

*Just to add, the version described is from the Cheng Man Ching lineage of Yang Style Taijiquan.

The Mind and the Brain: Neuroplasticity and the Power of Mental Force

What is important, however, is the rising, floating and expansion of the Peng Jin, it can be physically manifested in many ways. Peng Jin being a force that is expanding, rising and uprooting the opponent like water from a tsunami does (the floating part) as it moves objects, and these objects float on the water. This is Peng Jin.

What comes next is Lu (rollback) the defence. Here you are yielding and absorbing whatever the opponent has dished out. Sinking on to the back foot, which is the left foot as Grasping Sparrows’ Tail is usually done on the right. If done on the left then, the right foot will be back. Then comes Ji, after you have neutralised the opponent with Lu, you redirect and attack with Ji. Sinking on the left leg and shifting the weight to the front right leg. 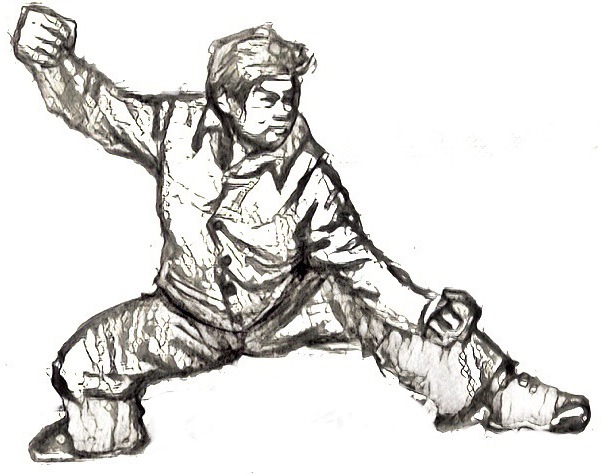 Regardless of what is physically done. Ji jin is offensive and used for attacking, like Peng jin it is considered yang. Like a bullet out of the barrel of a gun, you attack the opponent after having neutralised his or her attack. The reason why Ji is translated as press forward because that is the intent. It the equivalent of “spit” like in Shaolin styles after you “swallow” (absorb, lu).

Then there is An, or push. The trajectory of An is usually going downwards. So, you are pushing the opponent down, but what is a central theme of Grasping a Sparrow’s Tail is the neutralisation of the opponent. From Ji, the left hand’s palm is placed in the inside of the right hand’s wrist. Connecting with the right hand’s neiguan point and the waiguan is the point on the outside of the wrist (in line with neiguan From here going into the separating the hands part of Grasping the Sparrow’s Tail.

As you sink and shift your weight back into your left foot. Simultaneously the right hand which is held in the ward-off posture or peng posture spirals out. The left-hand stays the same with little change, the left palm facing forward. The right-hand spirals outward, and when all or most of the weight is on the left foot both palms face forward, neutralising the opponent.

From here you may push, An. From an application perspective, you are deflecting your opponent’s push and then pushing them back An. But on a deeper level from the sinking into the ground as you sink onto the back leg. If the opponent is committed, he/she will lose their centre of gravity, be neutralised and then from here, you can push them.

The key aspect is sinking. The explanation given above is still superficial. But they aim to give an idea of the underlying principles. When Peng Jin is applied you are uprooting the opponent up or away. With Ji you press forward or attack. With Lu, you are deflecting and with An sinking downward so you can seize and control them. This can be applied with any movement because peng, lu, Ji and an are more than the physical movements. When we begin to understand Grasping the Sparrow’s Tail, we begin to understand defence and offence, you sperate or distinguish them and then blend them together. Adhering and yielding, until they are indistinguishable as they generate each other, like yin and yang interacting in taiji.

This is my little understanding as I practice Peng, Lu. Ji and An. I understand why these four forces which are manifested physically under the guidance of the mind’s mental force (intent) are important in understanding Taiji Quan. And are considered fundamental to the martial art.