Why Quentin Tarantino lied to Joe Rogan? The film director on Joe Rogan defended his take on Bruce Lee, in his movie, “Once Upon a Time in Hollywood”.

Although the movie came out in 2019, the interview was recent and in 2021. The short scene had upset many Bruce Lee fans or those clued up on the martial artist’s life. Top on the list was his daughter Shannon Lee. Quentin told Joe, he understood why it would offend the daughter. But concerning the rest of those offended, he did not care.

He talked about how Bruce Lee did not like American stuntmen, because he thought himself superior to them. Because of his ability and that they lacked what he had.

There may be some truth to this if you listen to the interview. Nonetheless, Gene Lebell who is a well-known Judoka, had met Bruce Lee on the set of the Green Hornet and this is what he had to say about Bruce Lee in an interview:

It is known that the two struck up a friendship and he taught Bruce Lee some grappling and Bruce taught him some striking. Did the two have an altercation before forming their friendship? Possibly. But Bruce Lee was not arrogant towards this American stuntman. So, what is Quentin Tarantino talking about? Gene Lebell, however, is known to have choked out another well-known martial artist and actor.

Who was it? Steven Seagal, and it is said that he had even lost control of his bowels. And Steven Seagal was rumoured to have had a bad reputation with stuntmen. The story was that he told Gene Lebell, his choke would not work on him due to his Aikido training. You can see similarities with this story and what happened in the scene of “Once Upon in Hollywood”.

Either Quentin Tarantino purposely crafted the story mixing tales of what happened to Steven Seagal and the stories about Bruce’s youth where he got into fights in Hong Kong. But if people do their research, it appears that Quentin simply crafted the story seen in the fictional movie. The more you do your research the more it appears that Quentin who is known to be a king shock value.  May have simply wanted to piss off Bruce Lee fans.

Also On DeadlyDuels.com | Chael Sonnen on the TRUE Myth of Bruce Lee 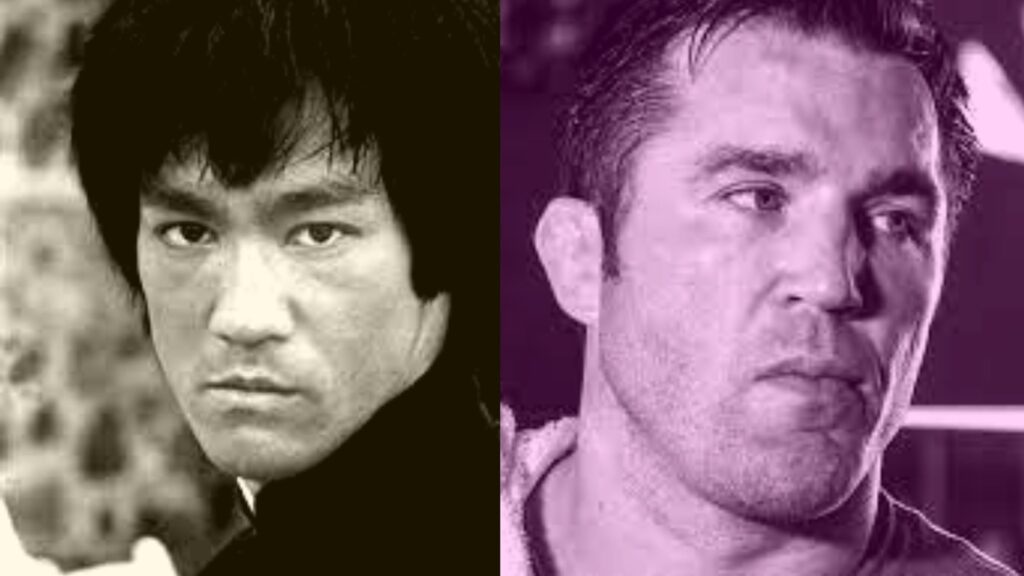 Leave a comment in the secret FORUM on what is on your mind? With regards to the above topic. Join/register…