AN ANCIENT METHOD FOR STRESS REDUCTION 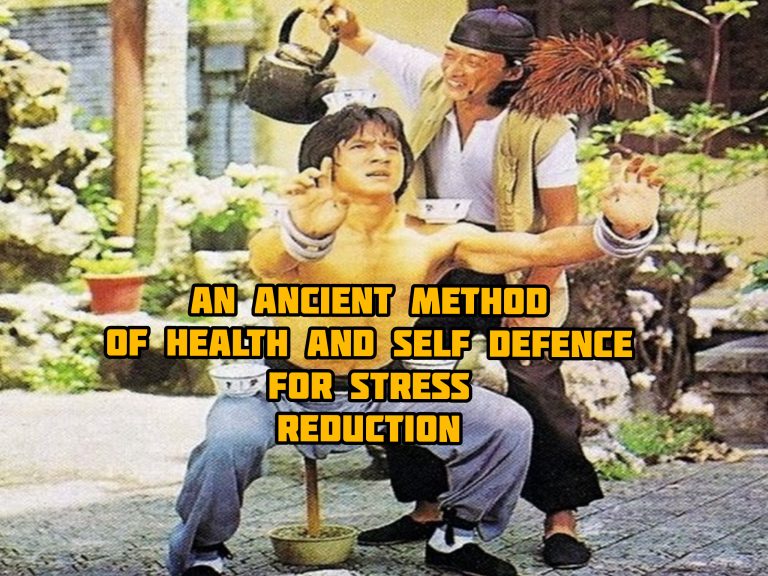 It is common parlance, for people to speak about being grounded or connecting to the Earth, all highlighting one being centred. A state where one is balanced, focused and the mind is not scattered.

How do you centre or “connect to the earth”? The answer to these questions is the ancient practice of Zhan Zhuang. They are two posts on DeadlyDuels Media, part one and two respectively where Zhan Zhuang is written about. Nevertheless, this post is a continuation about this exercise or meditation.

Zhan Zhuang is widely viewed as a form of standing meditation, where the release of the upper body tension to the earth or ground, relieves one of stress. The usual body posture we have of being ‘up straight’ with the chest out like soldiers is not necessarily healthy nor is its opposite-having a hunch back. Both extremes are not good, by simply tucking in the coccyx or the pelvis, slightly. And slightly dropping the sternum inward by a few millimetres, allows the dropping of the tension down. These small adjustments are one of the fundamentals, there is however other steps as well. They are that all the joints are to be loose. The main lower three joints of the ankles, knees and hips/waist are bend or loose. This is followed by the shoulders, elbows and wrists, also being loose or relaxed.

When the sternum is slightly dropped in, and the coccyx is slightly tucked in, the upper back rises slightly and is rounded a bit as well. These alignments all allow the upper body to feel light and sensitive and with practice, one feels literally more grounded and calmer. When we startled or surprised the adrenalin rushes everything up and knowing this the Daoist sages of the past developed a way for a  healthier and more centred warrior by conceiving this ancient exercise that is widely practiced in traditional Chinese martial arts (with different versions). Nonetheless, it is a vital exercise that is underestimated because of its simplicity yet the results one reaps from daily practice is beyond amazing.

By being centred or striving to be, through Zhan Zhuang one learns how to connect to the earth. The domino effect would be that the daily stresses of life will not lead you to a scattered mind, thus managing stress and allowing one to have a good night sleep.

Regardless of it benefits, like all exercises or meditation one should consult with an expert when engaging with Zhan Zhuang to avoid unnecessary injuries. Also, it benefits only come with dedication and hard work. It simple but with daily practice its ever deepening depth is revealed, layer by layer.

HOW TO GROUND YOURSELF PART TWO