DISMANTLED, DEMOLISHED AND DESTROYED: CONOR MCGREGOR IS BACK 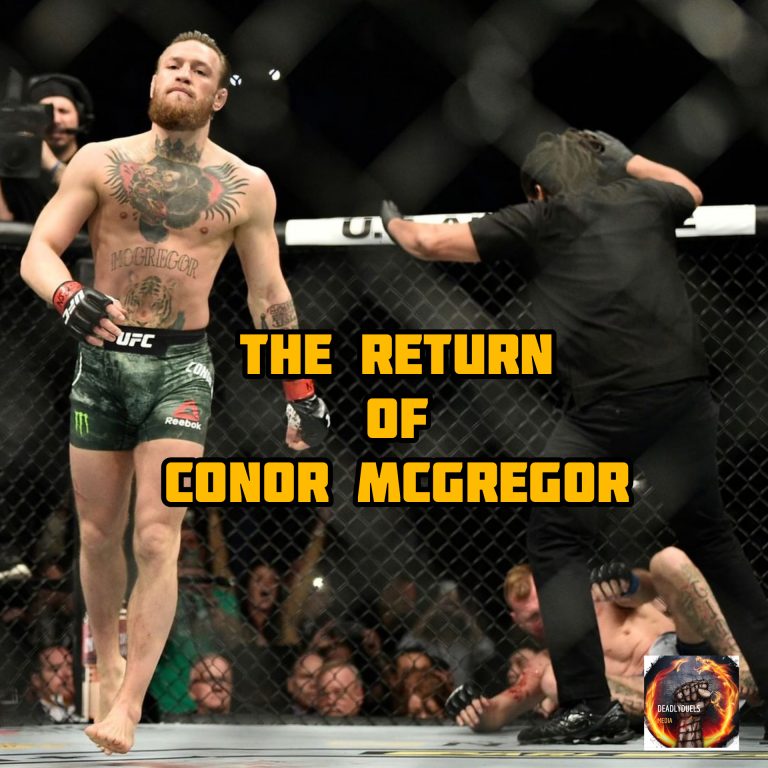 Before the fight in Las Vegas, we heard it all from the pundits, including the ones in DeadlyDuels Media. How Donald “Cowboy” Cerrone would not be a walk in the park for Conor McGregor; in fact he was the favourite on paper for the fight.

ALSO ON DEADLYDUELS.COM: WAS ALCOHOL THE REASON FOR CONOR’S DEFEAT AND NOT KHABIB?

But as the fight began the Irishman launched his lethal left hand and Cowboy ducked going for a take down, but Conor stayed on his feet. This led to a clinch and to most people’s surprise Conor McGregor begun launching his left shoulder onto Donald “Cowboy” Cerrone’s face. All commentators including Joe Rogan where shocked as they watched the shoulder strike. A strike used in classical traditional martial arts such as Tai Chi Chuan which is known as “Kao”.

Once they separated Cowboy looked a tad hazy but held on and then came Conor’s kick, which did the job and Cowboy was dismantled, demolished and destroyed. The fight took 40 seconds, it was longer than the Masvidal versus Askren fight, however just as much of a surprise. Conor made another legend of the sport look like an amateur. It was as if Cowboy had just stepped in the cage for the first time and Conor was there to lecture him. He did this to Aldo and Alvarez, dismantling them, pulling more than a rabbit out of the hat in his bag of tricks.

The UFC biggest star to date came in the cage like he “only had $2 in his bank account” commentated Joe Rogan. Conor McGregor was composed for this fight, keeping his trashing talking on standby; we did see some of it at the end as he called out potential adversaries from Masvidal to Usman. Masvidal looked on mesmerised by the win and Usman tried to play it like he was not concerned. People expected to see a war of trenches and instead they saw a display of dominance never seen before.